Above: Traction on Demand employees and their families gather in the sunshine for a socially distanced meet-up outside their soon-to-be office above the Royal Canadian Legion in historic downtown Nelson, British Columbia. Powered by TELUS PureFibre, the company has set its sights on big growth in a 5G future. TOM WEAGER PHOTOGRAPHY

For almost 100 years, the stately three-story building at the corner of Victoria and Stanley Streets in downtown Nelson, British Columbia has been home to the Royal Canadian Legion Branch 51.

Through the years, the branch has supported veterans, families, and so many others in this historic West Kootenay city of about 10,000 people.

It recently hit hard times, however. Reluctantly, the Legion leadership decided it was time to sell its building. Redevelopment seemed inevitable.

Then, serendipity knocked on the door.

Greg Malpass is a Nelson native by birth and an entrepreneur by profession. In 2007, he started Traction on Demand (ToD), one of North America’s largest Salesforce consulting and application development firms.

A chance meeting at a B.C. tech summit with an economic development official from his hometown, against the backdrop of TELUS’s decision to invest $20 million in Nelson to advance its fibre optic network, sparked an innovative idea.

Malpass bought the Legion building and worked out a 20-year lease-back plan with the Legion to continue its legacy. Under the agreement, Branch members will occupy the main floor and basement, while ToD will move into the top two floors as part of its high-tech “small town initiative.” 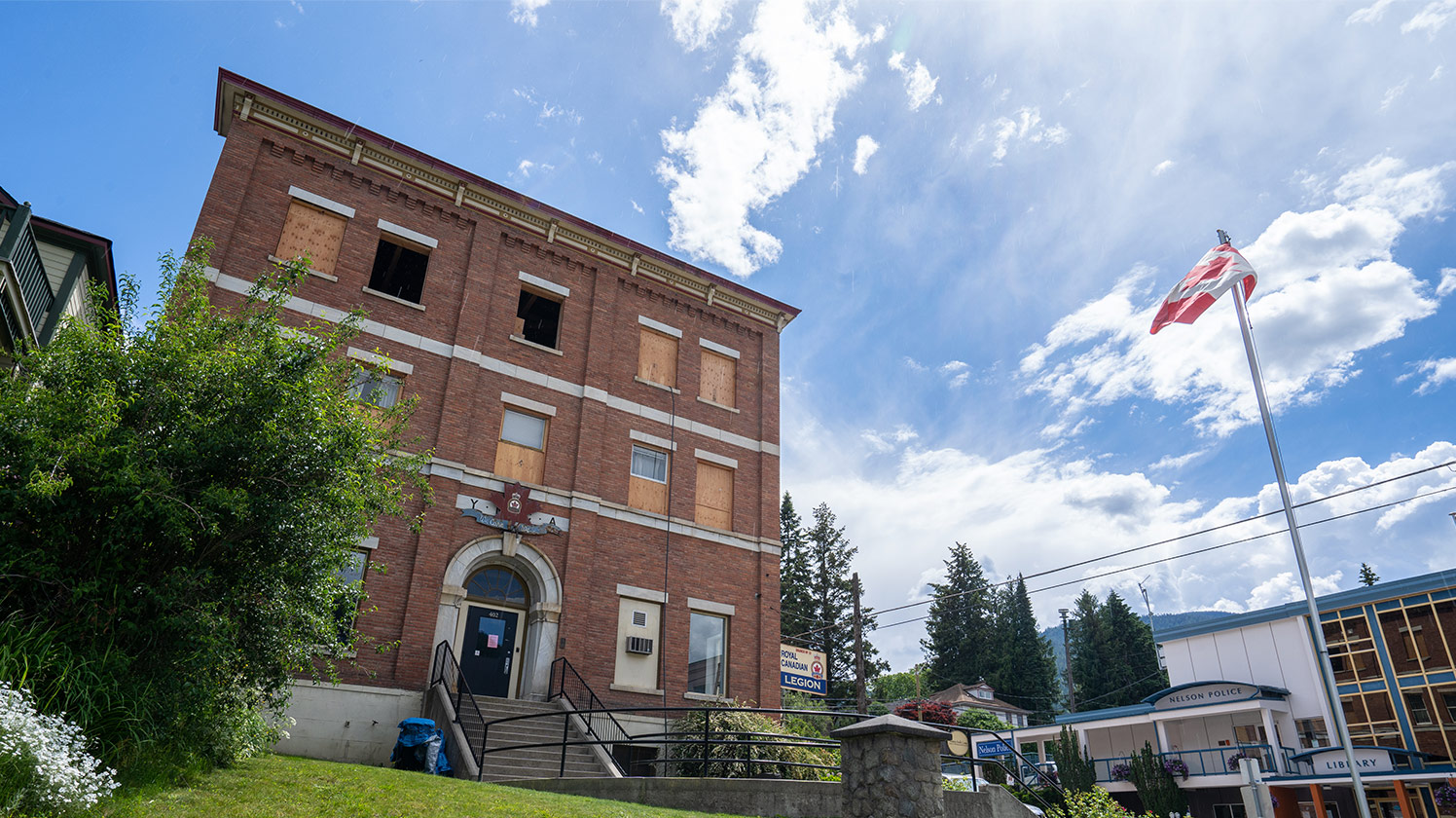 Nestled in the Selkirk Mountains, Nelson is among the first communities to feel the benefits of an ambitious plan by Traction on Demand to bring high-tech jobs to non-urban centres. TOM WEAGER PHOTOGRAPHY

This initiative makes way for the creation of new, high-paying jobs in Nelson, traditionally a natural resource-reliant region. It combines growing opportunities in the tech sector with total connectivity through TELUS PureFibre, and gives young residents and families renewed reason to stay close to home, rather than move away to a big city. It is expected the program will grow to 45 people working on the top two floors of the Legion once the program is fully operational in late 2020.

For Malpass, it’s also a way to give back to his hometown.

“Being from a small town played a large part in who I became and, ultimately, what ToD is today,” he says. “I have always tried to find creative ways to harmonize work and play which is characteristic of someone from a small town.”

Creativity is a hallmark of ToD – and its more than 700-strong workforce, who refer to themselves as “Tractionites.”

But this initiative only works with strong and reliable connectivity.

In another moment of serendipity, it turns out the TELUS office is right across the street from the Legion.

“We just basically lay the wire across the road,” jokes Chris Peacock, Traction On Demand’s Chief Marketing Officer about the availability of PureFibre connectivity.

In all seriousness, Peacock says ToD would not be able to carry out its small-town initiative without the strength of fibre. Each hair-thin fibre-optic strand vastly boosts internet speeds to homes, businesses, hospitals, universities, and high schools, and will support data demands for generations to come.

Critically, the network gives fibre-enabled regions a technological and economic upper hand when it comes to taking full advantage of the impending global 5G revolution.

It’s why TELUS is investing $20 million to connect more than 90 percent of homes and businesses in Nelson directly to its fibre optic network and enhance wireless connectivity throughout the region. TELUS also recently completed construction of two cell towers in Nelson and nearby village of Slocan, and upgraded its wireless site in Rossland, bringing enhanced and more reliable cellular connectivity to residents, businesses and visitors in the region.

“The power of connectivity is the lifeblood of our business,” says Peacock. “Gone are the days of mainframes and servers. Our business is 100 per cent connectivity. It’s cloud-based, and so our team can work from anywhere – as long as they’re online.”

As 5G networks become available in Nelson and other non-urban and rural communities, ToD will only continue to grow, with fibre acting as the backbone for next-generation connectivity.

“A lot of what we design, develop and build is under the assumption that the snowball of connectivity is going to keep rolling down the mountain,” says Peacock.

Last March, when the company’s executive team saw the possibility of a long lockdown as a result of the coronavirus pandemic, ToD pivoted within about 24 hours to allow employees to exclusively work from their homes. But it has also served as a timely reminder of the importance of the 5G rollout as Canadian individuals and companies are reassessing how and where we work amid the pandemic.

As TELUS launches its first wave of 5G networks in cities across the country this year, Malpass and his team are now looking to the future.

“I think post-COVID and social distancing, the entire planet is acutely aware of the importance of connectivity,” he says.

As the country carefully moves toward opening back up to business and travel, ToD is increasingly confident it’s found the right path forward.

It sees the value of its small-towns initiative, and its relatively young workforce who make up the squads of workers throughout small town Canada and in smaller centres in the U.S.

In Nelson, for example, the average age is around 35 years. 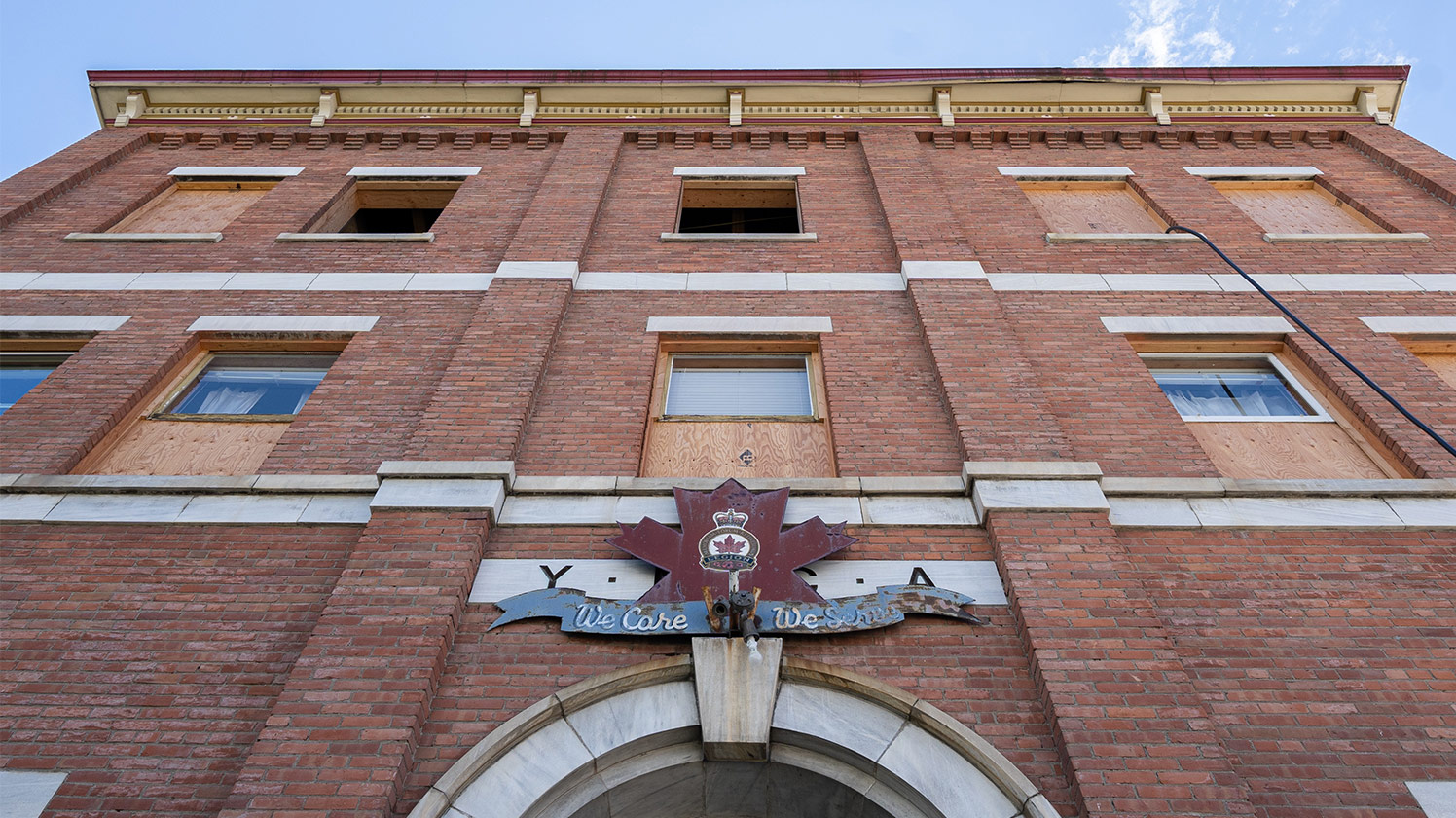 Under a lease agreement with Traction on Demand, Branch members will occupy the main floor and basement, while the company will move into the top two floors as part of its high-tech “small town initiative.” TOM WEAGER PHOTOGRAPHY

There, it has been able to attract a mix of employees from the community and outside. One Tractionite, Will Buchanan, moved his family – three boys, eight, five, and two – from central Colorado last August.

The lure of the mountains and lakes proved attractive. Nelson is also renowned as a friendly and open community in which to raise a family.

Buchanan, a project manager with ToD, says the key to making it all work is fast, reliable internet.

“It is absolutely critical,” he says. “It’s part of our going-forward plans in Nelson.”

Mobility for GoodWhen everyone’s isolating, Nathan Doris is there to keep us connectedRead more
Internet for GoodHow high-tech is helping an Indigenous community reclaim its ancestral languageRead more
Ready for the FutureDaily Hive’s Karm Sumal on the payoff of always pushing to be betterRead more
Health for GoodHow compassion brought connection to a family facing opioidsRead more
See more stories