Technology to the rescue for Opération Enfant Soleil Telethon

Like many philanthropic organizations, Opération Enfant Soleil has seen its revenue dwindle with the outset of the coronavirus pandemic. Almost overnight, as emergency measures took hold across the province, a sizable portion of the organization’s income – which exists to support medical needs of Quebec’s sick children – was suddenly threatened. Even its popular annual telethon had to be put on hold as social distancing became the new normal.

Those on the organization’s frontlines were worried. Without fundraising, vulnerable children and their families would surely suffer.

Even amid a pandemic, “the needs remain just as daunting as ever,” says Julie Lemieux, Chief Executive Officer of Opération Enfant Soleil. “Illness strikes when we least expect it.”

That’s when TELUS stepped in to help.

Since 1988, the Opération Enfant Soleil Telethon has enabled its namesake organization to collect funds for the purchase of specialized equipment for pediatric medical units and surgical wards throughout Quebec. The donations received also help hospital facilities create more welcoming spaces that are better suited to young patients and their families.

“Phone lines are our most important tool,” says Lemieux, who, this year, headed up her first telethon as head of the organization.

Amid the COVID-19 pandemic, it became clear a technical solution was needed to keep those phone lines open, while enabling telethon volunteers to safely receive calls and donations.

The TELUS technical team was eager to take on the logistical challenge, and immediately put their heads together to find an innovative way to adapt the network to meet the organization’s needs.

TELUS usually helps the organization receive donations by lending its Montreal and Rimouski call centres and by mobilizing dozens of team members, who volunteer their time to help out with the cause. As a major telethon partner for over 20 years, TELUS has collected an estimated $4 million for sick children through its efforts.

This year — in record time — TELUS team members rolled up their sleeves to set up a virtual contact centre in collaboration with Thrio, a TELUS technology partner providing contact centre capability. The result? More than 300 volunteer call centre agents were able to virtually connect to donors through cloud technology. 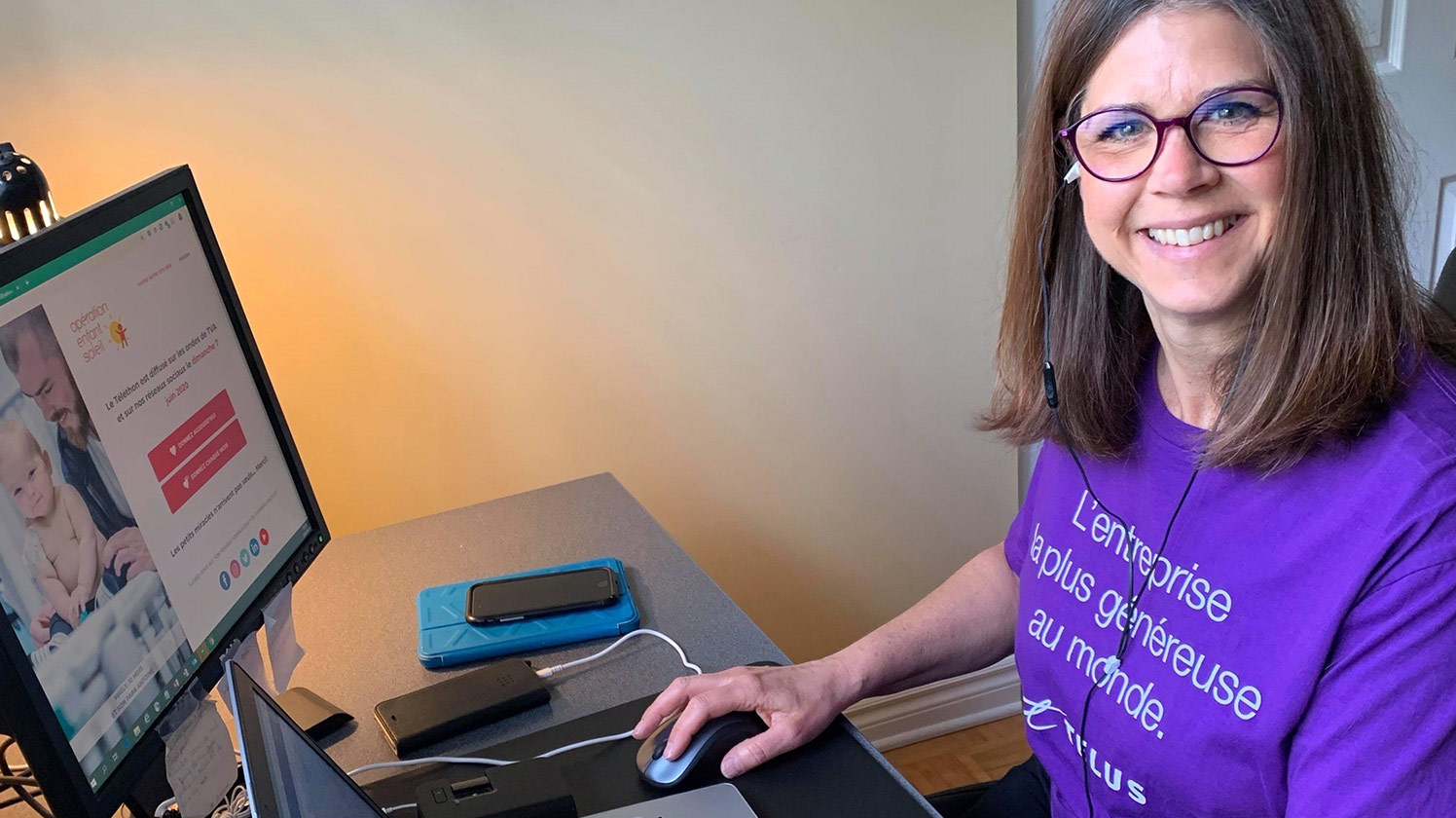 Fundraising in the age of social distancing

The new format — also presented in alternating portions on the organization’s Facebook page — doesn’t compromise when it comes to the emotion and energy for which it is renowned: from touching conversations with Soleil families to musical performances recorded at the performers’ homes, it was a hit. 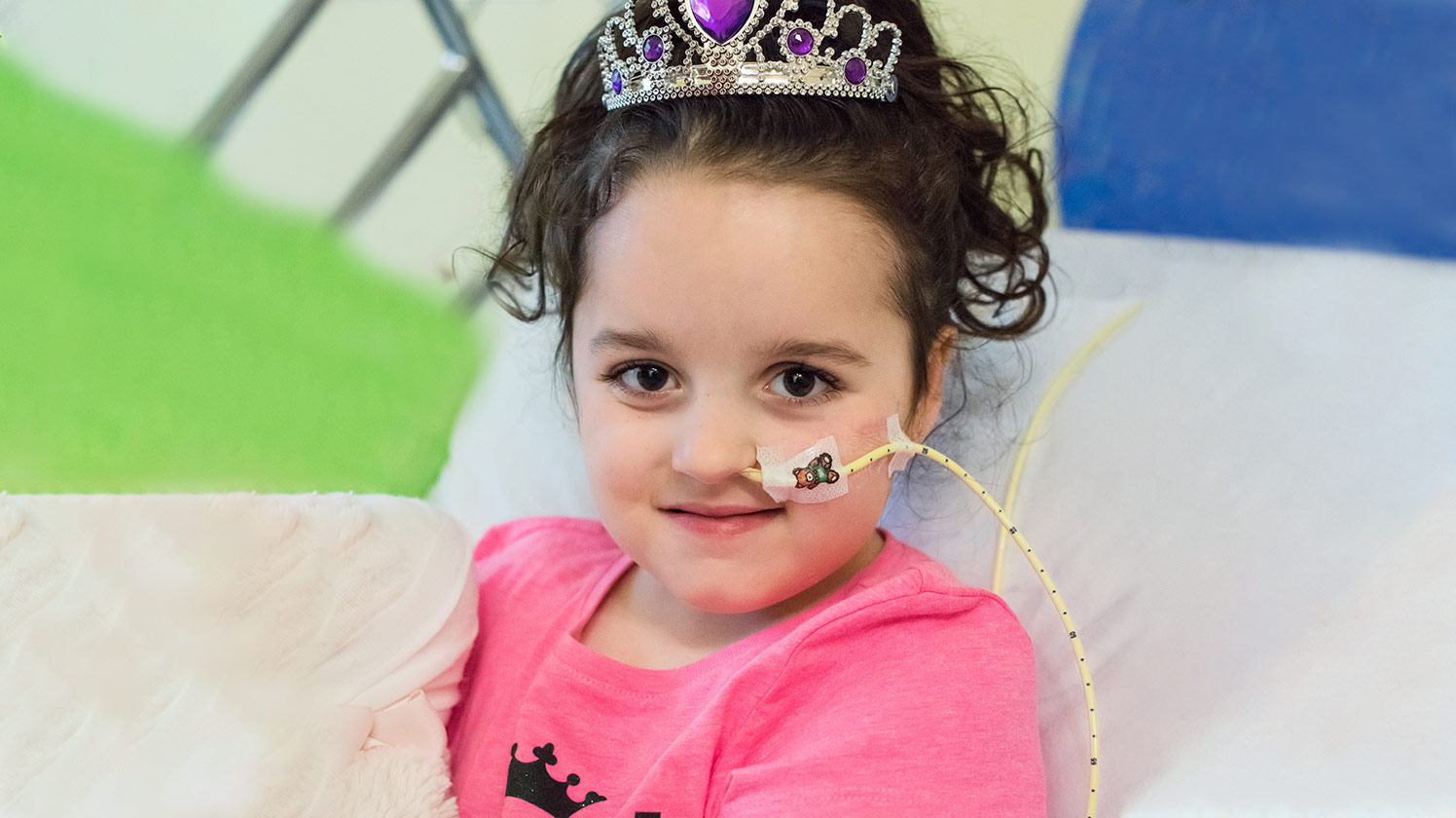 Best of all, Quebecers’ continued to support Opération Enfant Soleil and their collective commitment to helping children amidst the hardships that many are facing. In all, 14,261 individual donors gave more than $760,000 to the cause this year.

For Lemieux, the future is bright for the organization, and vital work it does to support vulnerable young patients in the province.

“At Opération Enfant Soleil, we often talk about ‘little miracles,’ and that’s what TELUS has accomplished for the telethon,” she says. “The way we connected with Quebecers was different than usual this year, but every bit as important.”

Internet for GoodWhy home internet is more critical than ever for students who can’t go to classRead More
Tech for GoodHow a big city tech firm is winning over small town CanadaRead More
Mobility for GoodWhen everyone’s isolating, Nathan Doris is there to keep us connectedRead More
Internet for GoodHow high-tech is helping an Indigenous community reclaim its ancestral languageRead More
See More Stories