Gold River Mayor Brad Unger knows exactly how important connection can be, especially when you’re all alone and badly injured.

In the winter of 2013, a slip outside his car on a harrowing stretch of mountainous highway on the outskirts of his small community on the western edge of Vancouver Island left Unger bleeding from three crushed temporal arteries.

Worse, with no cell service to the area, Unger had no way to call for help. Luckily, the fates were with him that day.

“When you live through an accident like that, you sit back and you think, ‘You know, it’s very fortunate another car was right behind me. It might have been a very different story,’” he recalls, adding he still bears the scars from 120 stitches to the head.

It’s critical moments like this that propelled Unger’s tireless support of a plan to connect Gold River, and its 1,500 residents, to the TELUS wireless network. 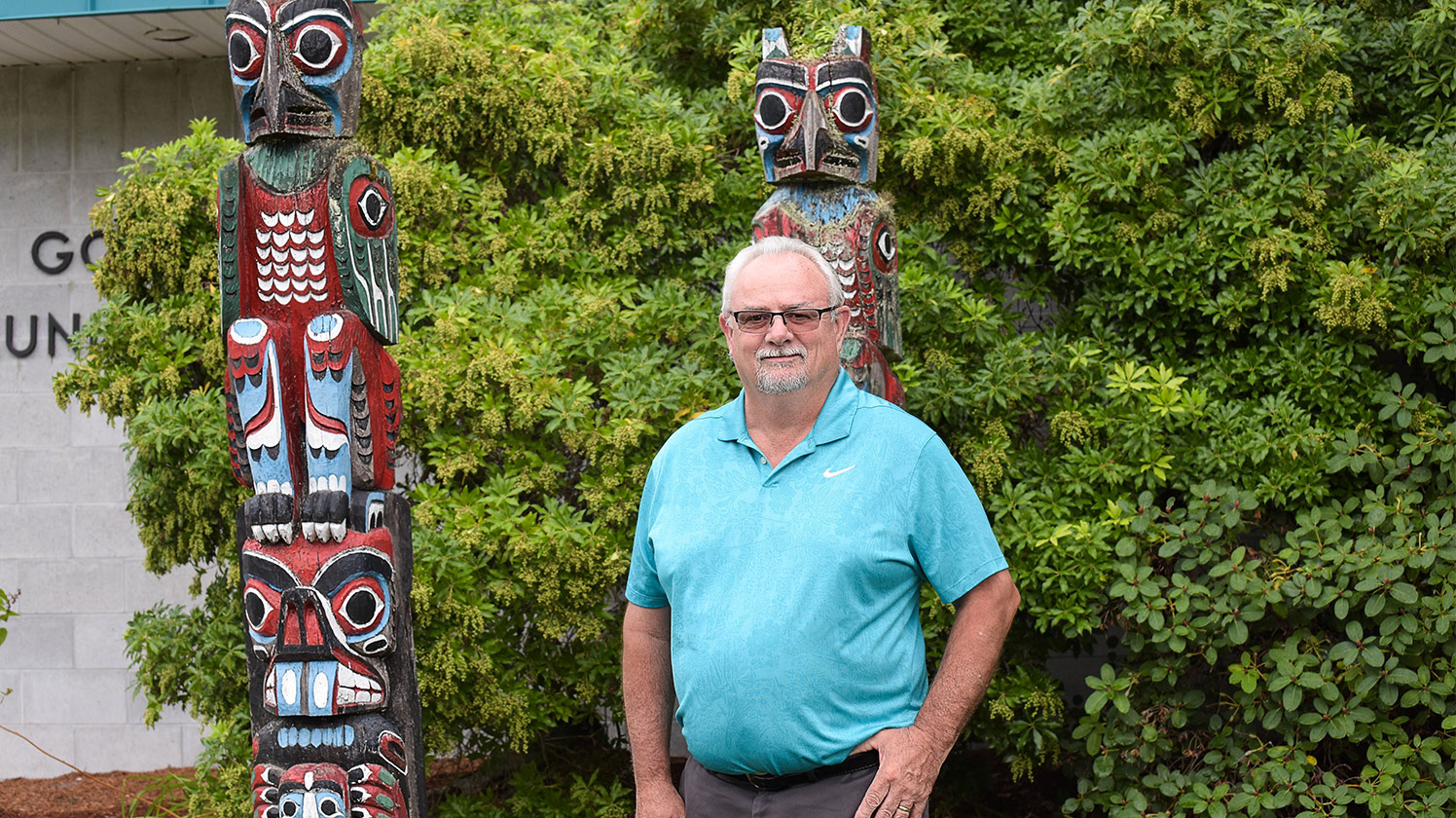 In a remote region, where the nearest hospital is 89 kilometres away, Gold River Mayor Brad Unger, pictured, says the ability to use a cell phone within the village will help save lives. PHOTOGRAPHY BY JOANNE HEPBURN

The ease of contacting family, friends, employers or work colleagues, wherever you may be, is undoubtedly important in this all-connected age. But in a remote region, where the nearest hospital is 89 kilometres away, Unger knows from painful experience that the ability to use a cell phone within the village will help save lives.

The new cell tower lit up in Gold River early in 2020 following a two-million-dollar investment by TELUS to connect the community to its world-leading 4G LTE network. A second tower was installed at the same time in the neighbouring village of Tahsis, population 300, with talks underway with the Mowachaht/Muchalaht First Nation to upgrade wireless services in the community of Tsaxana later this year.

Along with cell service, the towers enable fast and reliable internet service to the region with speeds similar to those achieved in downtown urban centres.

For TELUS, Gold River marks a critical milestone: It is the last BC town with a population of over 1,000 to connect to the network. Since 2017, TELUS has invested $4.7 billion into connecting British Columbians, at no cost to taxpayers. It’s part of the technology company’s ongoing commitment to increase wireless capacity in rural and urban communities across Canada, ensuring all citizens have the access to the personal, educational, health and economic resources they need to participate fully in our global digital society.

Recently, Unger found himself marvelling at the immediacy of today’s communication tools when a player collapsed during a high school basketball game.

“Someone shouted, ‘Call 9-1-1’ and I looked around and everybody had their phone out. Five minutes later, help was there.”

Preparing for the risks of adventuring is life-as-usual for Tahsis’ residents. It’s why they live on the edge of the Pacific Ocean, surrounded by lush rainforests and steep mountains. The village is more than a two-hour drive from Campbell River, the nearest urban centre, much of the journey over gravel roads. And that’s just how residents like it.

“Safety can be a real issue if there’s a serious health emergency here because of our remoteness and the fact that we have very unsettled weather systems for a good chunk of a year,” says Tahsis Mayor Martin Davis.

Now, along with landlines and other traditional methods locals have relied on to look after each other, instant communication over a smartphone can alert neighbours to a potential problem -- whether that’s a bear rambling through a nearby yard or the location of a dangerous patch of black ice on the roads.

Critically, residents can also now easily access tools such as Babylon by TELUS Health, a free downloadable app that enables British Columbians to have one-on-one virtual consultations with a B.C.-licensed physician at the touch of their phones. Wireless connectivity means the town’s senior residents can also access the LivingWell Companion, a medical-alert service that can be used in the home or outdoors.

Visiting boaters have also been delighted to see the bars on their smartphones light up as far as seven kilometers up Tahsis Inlet.

“That’s good news to anyone who's run out of fuel and trying to make their way into town. You’d be surprised how often that happens,” says Davis. 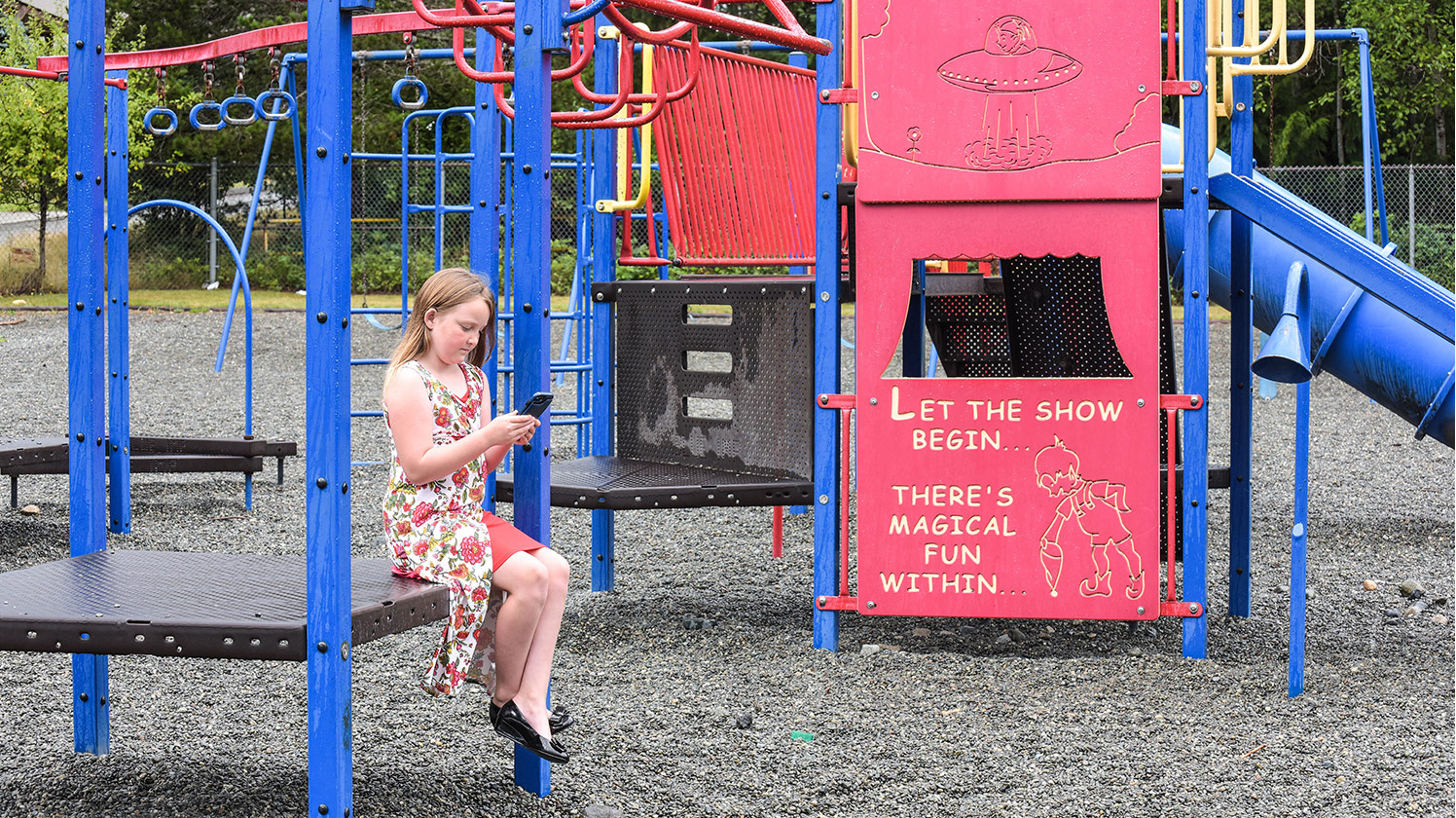 The timing of the network connection couldn’t be better. Public health measures enacted to limit the spread of the coronavirus this year have meant even small towns such Gold River and Tahsis are feeling the pressures of social distancing. In particular, improved connectivity has better enabled local children to keep connected to teachers and friends when schools were closed, and for older residents to stay in contact with loved ones while safely staying home.

“It’s been so much easier to communicate with each other,” says Mayor Unger.

Business, too, has received a shot in the arm.

In a region where seventy-five percent of the economy is dependent on tourism, wireless connectivity is a modern must-have as visitors increasingly rely on smartphones to access maps, find accommodation and restaurants, and book tours and services with local operators.

“After a long drive out here, people just appreciate being able to make a quick phone call to a loved one and say, ‘I’m here and I’m safe’,” says Unger.

Looking forward, both mayors see a fresh opportunity to draw more families and entrepreneurs out to their communities for more than just a visit. And that may be the best outcome of all.

“We are confident with improved connectivity that we will have people looking for office space and considering relocating their lives to our small town,” says Unger.

Davis agrees. Tahsis once had a population of 2,500 people. When the last of the sawmills shut in the 1990s, the town shrank to one-tenth that size. Reliable network connection -- combined with affordable housing prices, virtually no crime and near-endless outdoor access -- adds one more good reason for someone looking for a change of pace to make the region home.

“It’s becoming more and more possible with cell service and the internet for people to work remotely,” he says. “It will be good for our community’s resilience in the long run.”