Above: The Daily Hive office in Vancouver serves as headquarters for the fast-growing company, which recently moved over the border to Portland and Seattle.

About halfway through an epic, free-wheeling conversation -- touching on everything from the state of Canadian journalism and growing up in Vancouver to urban development, high-tech innovation and writing a blockbuster movie -- Karm Sumal hits on the mantra that sums up his business success.

“We can always become better. You can’t ever stop wanting to be better,” he says.

And, suddenly, it all makes sense. That attitude explains a lot about Sumal’s transformation from modest chartered accountant into CEO and co-founder of Daily Hive, an indisputable digital media & marketing powerhouse and one of the country’s fastest-growing companies.

Powered by TELUS’ PureFibre network, Daily Hive has upended the traditional media model with its hip, digital-only news and entertainment platform. That winning recipe has led to a rapid expansion beyond Vancouver into Calgary, Edmonton, Toronto, Montreal and, more recently, across the border in Portland and Seattle. In the past year alone, the number of employees has doubled from 35 to 67, while readership has exploded, attracting more than five million unique visitors every month -- the vast majority among the coveted millennial demographic.

And there’s only more to come, promises Sumal, who seems to exist in a permanent state of possibility.

“I want to do 20 million (unique monthly visitors) one day, and I think we can do it,” he says. 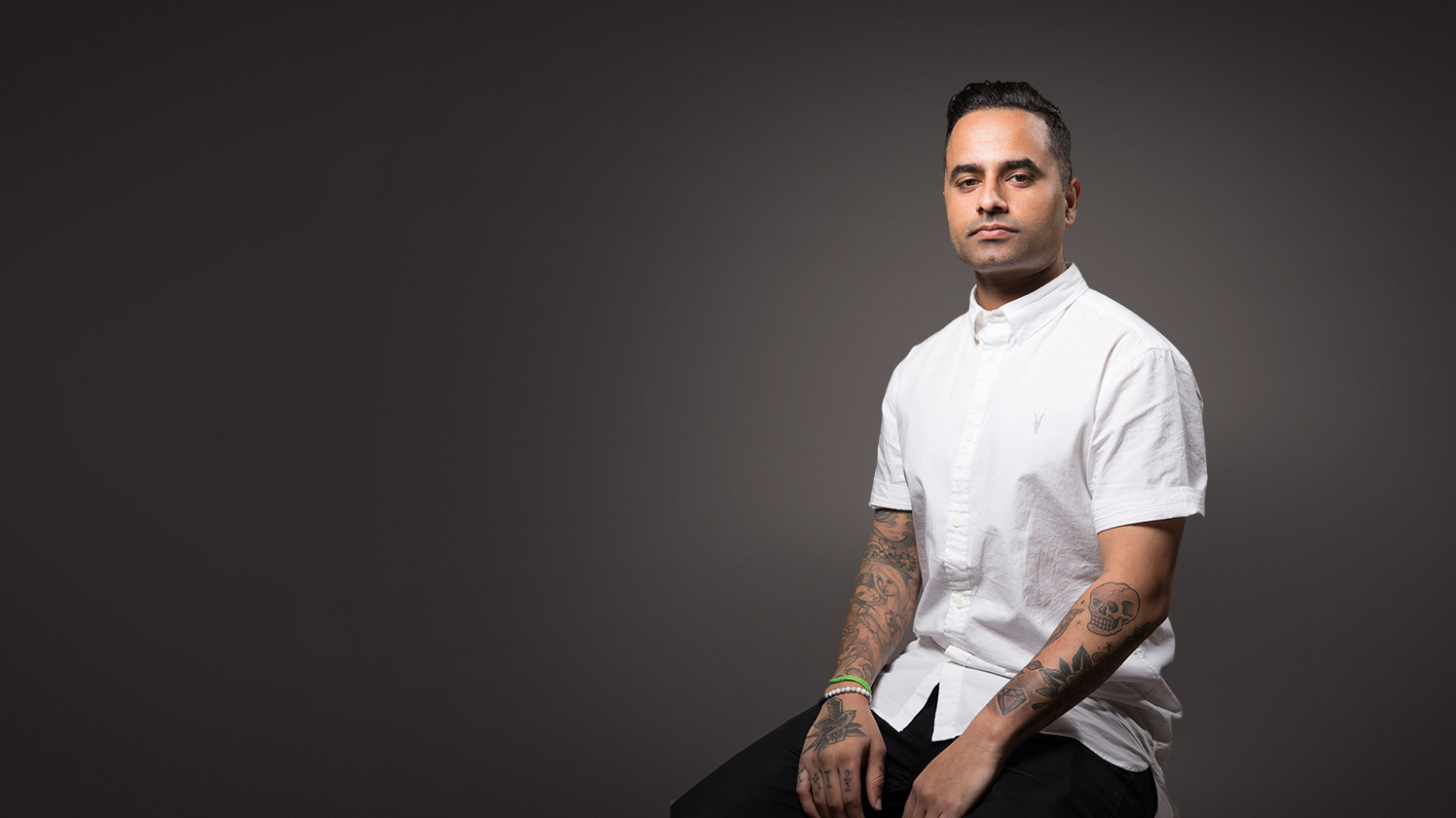 “We can always become better. You can’t ever stop wanting to be better,” says Karm Sumal, CEO and co-founder of Daily Hive.

Sumal’s place among Canadian media moguls is -- to put it mildly -- groundbreaking. At 38, he is 20 years younger than the average chief executive across industries. That he is a first-generation Canadian (his parents, Kashmir and Balihar Sumal, immigrated from India in the 1970s) makes his professional achievements even more significant: Newsrooms across the country have long been disproportionately white, with visible minorities virtually non-existent among top news company leaders and owners.

That lack of diversity, and the resulting skewed depiction of people of colour and their experience in Canada, is not lost on Sumal. In fact, it was one of the main drivers behind his decision 12 years ago to launch what was initially a blog with his friend and Daily Hive co-founder Manny Bahia. The idea was to tell stories overlooked by traditional media, and offer a voice that spoke to young Canadians with ethnic and cultural backgrounds much like their own.

“We felt our demographic was underserved. The only time they (the traditional media) talked about brown people was in the gang stuff and shootings,” says Sumal.

Not that Daily Hive was ever intended to take itself so seriously.

Sumal and Bahia, both entrepreneurs at heart, were looking to launch a business that allowed them creativity beyond their full-time pursuits -- Sumal as a CGA and CPA, and Bahia as a business student at Simon Fraser University. They also wanted to have some fun.

Essentially, says Sumal, a die-hard fan of his hometown, “We wanted to tell stories about people doing innovative things and interesting things happening in Vancouver.”

Sumal still recalls how ecstatic they were when the blog hit a million page views after nearly two years of hard work.

“We thought, ‘We’ve definitely got something here,’” he says. 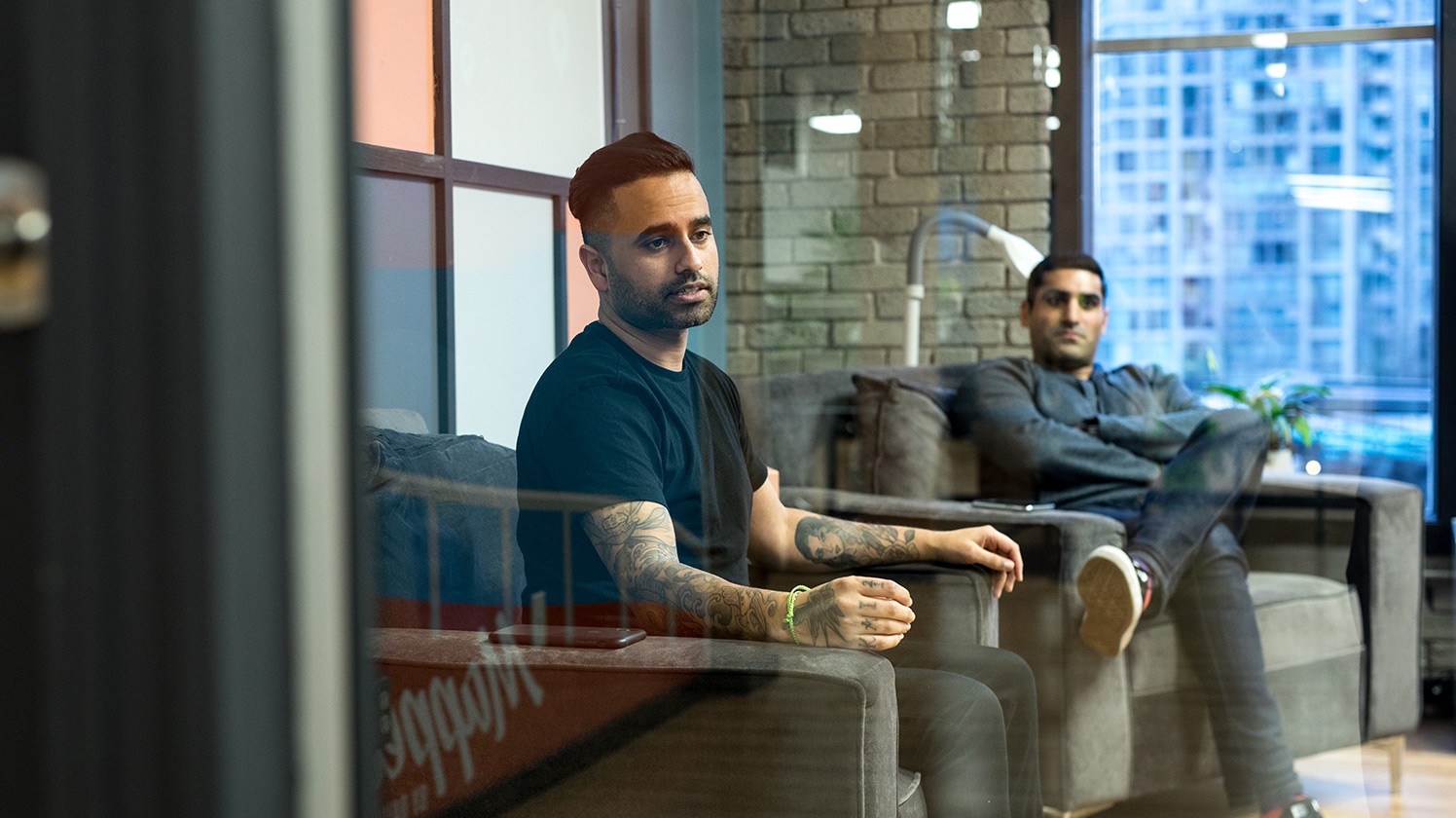 Karm Sumal and editor-in-chief Farhan Mohamed oversee a diverse newsroom with content dedicated to connecting readers to the cities where they live and play.

These days, Daily Hive’s hyper-focus on local markets, its diverse newsroom (headed by Farhan Mohamed, editor-in-chief and partner), and content dedicated to connecting readers to the cities where they live and play has proven itself a winner as the company continues to grow.

“What we are doing right is the way we approach news. Sometimes we get the conversation started, but we also listen to our audience and readers and react to what they are talking about,” says Sumal.

“Digital media is always changing and we need to make sure we are always on the right side of that change.”

TELUS has been with Daily Hive from the beginning, helping to fuel the company’s digital reach through its next-generation TELUS PureFibre network. Each hair-thin fibre-optic strand vastly boosts internet speeds and, without interruption or lag, offers virtually unlimited capacity to meet the data demands of an increasingly all-connected world. Since 2013, TELUS has invested $3 billion to connect 116 communities and more than two million homes and businesses in B.C., Alberta and eastern Quebec to the TELUS PureFibre network, and will have connected more than 50 Indigenous communities in B.C. and Alberta by the end of next year.

It’s a partnership that makes sense to Sumal beyond the practical need for speed, reliability and capacity. It’s also personal.

For Sumal, it all ties back to that notion of seeking constant improvement -- and if there is an opportunity to do that work alongside another homegrown success story, he will always choose it.

“It’s that whole idea of ‘together you can go further,’” he says. “There are so many cool things in Vancouver. I want to keep creating opportunities here and see them travel out to other cities in Canada and beyond. We’ve got big plans.”